Do you agree with trick or treat? 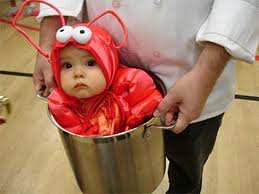 Will your kids be trick or treating this year?

Do you find it fun or begging in disguise? Trick or treating is celebrated in many countries on Halloween. The idea behind it is children dress up in spooky costumes knocking on houses in order to ask for treats such as candy (sweets) and they use the phrase trick or treat!!

In America trick or treating has been a customary Halloween tradition since the late 1940’s. It typically happens between 5.30pm & 9.30pm on October 31st and in America home owners wanting to take part in it decorate their homes with scary items such as spiders, cobwebs, skeletons and pumpkin lanterns or some home owners will just leave bowls of candy on their door steps for children to take from.

Over the years Halloween has become a favourite celebration for children to enjoy here in the UK. I have definitely seen many children taking part in it. When my boys were little (many years ago) they would dress up in a fancy dress outfit of their choice, and sometimes their making, and face paint a scary look on their faces, play a few fun games at home, bobbing apples, treasure hunts and art and craft activities and normally always finish with a BBQ. We might have knocked on a few friends houses for trick or treating but wouldn’t have dreamed of knocking on strangers houses. Funny you teach your kids to never speak to people they don’t know the rest of the year, so why do it know? 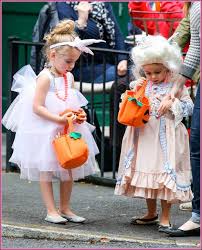 There are parents who get involved in trick or treating and take their cute little tots out in spooky costumes knocking on the houses that have decorated their porches in scary decorations and who want to take part in Halloween and will encourage their little ones to appreciate the treats they’re given for the goody bags. But you do still get some the older kids who take it a stage further who have barely made any effort to dress up, and who frankly can only be improved by a scary mask!! These big monsters tend to grab handfuls of sweets offered and have even been known to demand money.

We try and encourage our kids to eat healthily and we try hard to limit their sugar intake, but on Halloween it all goes out of the window. Supermarkets have now cottoned on to this and sell buckets of hard sweets that are full of e-numbers & sugars and leaves the kids overdosed on sugar & as high as kites just before bed!

Some people dread the sound of the doorbell or that thumping knock at the door, particularly the elderly, and some are even more worried about eggs and flour being chucked at their doors! Yes one of my neighbours spent the next day washing and scrubbing her front door after a group of rowdy trick or treater’s took it upon themselves to shower her door with eggs and flour…

A friend of mine last year decided to give back and made loads of lovely Halloween goodies and got her kids to go round houses giving something back offering tasty goodies to her neighbours, she called it ‘Happy Halloweening’!! 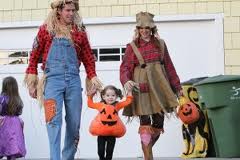 I know what I will be doing this year, stocking up on value packets of sweets and hoping a few spooky children will knock on my door shouting “trick or treat!”