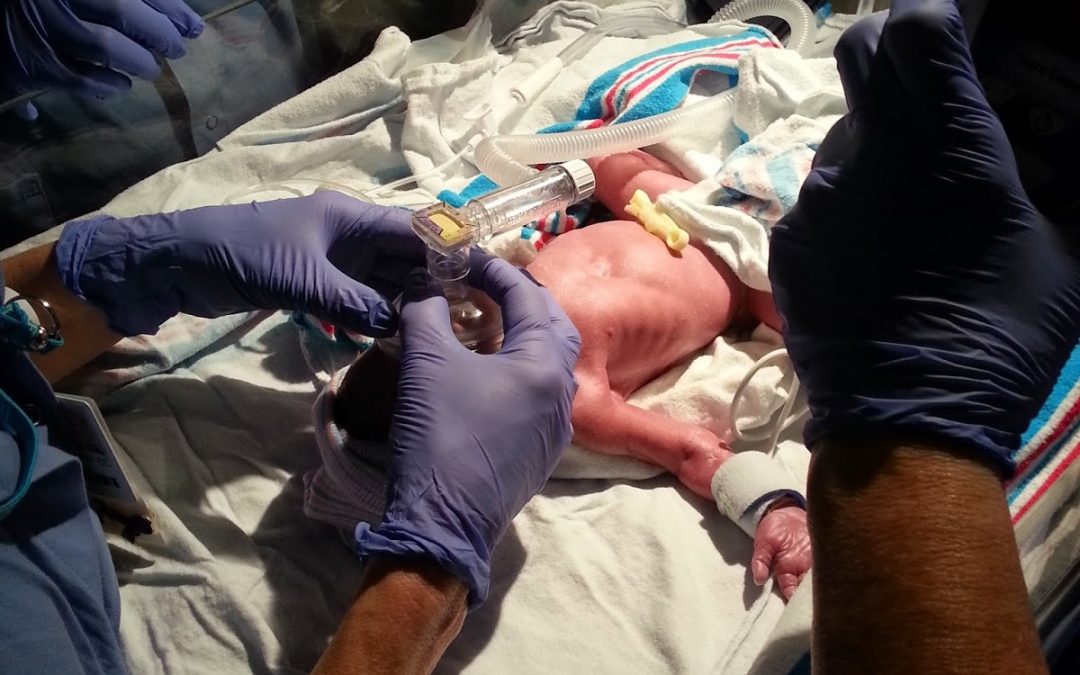 I always assumed that mums with sick children or with babies in the NICU were simply more capable. They were genetically filled with hope, gifted with a wealth of confidence and oozing with fortitude. They were proof that God never gave a person more than they could handle. They were born to weather trials, wired to somehow make it look easy.

Then, one day short of 32 weeks, I was diagnosed with severe pre-eclampsia and delivered my 3 lb miracle baby. I was completely unprepared for the size of my minuscule son, for the trauma of the entire situation. I was terrified that there was simply no way that a child that premature and small could survive. The reality in that moment was overwhelming. The delivery room was filled to capacity with doctors and nurses tending to my tiny baby’s needs. I immediately succumbed to grief and self-loathing. I had evicted my poor baby before his body had a chance to prepare for life on his own. He must be terrified, surrounded by so many people, what kind of mother does that to their baby? (Obviously, logic fled the scene shortly after I was told that Owen was to be delivered 2 months early…)

As I was heavily medicated, I was not given permission to go hold my new son. Many hours after delivery, as an act of mercy, the nurse wheeled me in to see Owen before moving me to the recovery room. The medication impaired my vision quite a bit and it was hard to see my son in the incubator. He was so tiny. Simply putting my hand on his back seemed to cause him distress. There was no way that I could comfort him, soothe him, or make it better. It was 24 hours before I was allowed to see him again.

I chose to focus on what I COULD do for him and began working to produce milk for him. It did not seem enough but I clung to it and committed myself to it with fervour. I felt so incredibly unprepared. For so very many things.

So very unprepared for the near paralysing fear that I had not had the chance to do my research on premature babies. What is the best treatment? How can I help him thrive? Can I simply trust that these medical professionals are making his health their priority? WHAT CAN I DO?? [and so I pumped]

My mind and heart were not prepared for the sight of my premature baby. He almost did not look real to me. His skin was saggy and he was literally covered in hair. His face was mostly covered by the breathing apparatus and foam glasses to protect his eyes. I had no idea what he looked like. I could not see his face. It broke my heart that I could not simply pick him up and comfort him. That the touch I had hoped to soothe him with could cause him great distress. [and so I went back to my hospital room and pumped.]

I was unprepared for my complete disregard for my appearance. I could be seen traipsing down the hospital halls in my hospital gown and socks heading to see Owen every chance I got. I had a singular focus and my appearance did not register. (Sadly, this seems to have become the norm, even 8 months after the fact.)

I was unprepared for how quickly the jealousy and distrust I harboured for the nurses that got to see Owen all day long turned to acceptance, then gratitude and friendship. The men and women taking care of Owen became trusted friends as we worked together to give Owen every thing he could possibly need. [I just kept pumping. Pumping.]

I was so eager to get out of the hospital that I was completely unprepared for how difficult it would be to travel back and forth to the NICU. I had never heard of Kangaroo care but I was committed to giving Owen that very same care at least twice a day. I also encouraged dear hubby to get there at least once a day. My hubby was able to bond with Owen in a way that he had not been able to with our first born. He had hours of uninterrupted Owen bliss. He was able to provide something for Owen and found the experience very fulfilling.

My house, my husband and my other children became obstacles that kept me from spending my time with my dear, teeny baby. It became difficult to divide my time and my attention. I found myself biding my time until I could sneak away to the hospital to cuddle my tiny man. It was almost as if he was comforting me as much as I was comforting him. I still count those late night cuddles as some of the most precious moments I have had with Owen. I was bipolar at home. At times I threw myself into my housework to distract myself from the reality that my baby was still in the hospital. Other times, the laundry waited. I accepted many, many meals from my friends and family. I allowed everything not crucially important to fall by the way side.

Road rage did not begin to describe what came over me if anyone slowed me down on the way to the hospital. Anyone keeping me from spending even one more precious moment with Owen was in danger of bodily harm. Not kidding.

Breastfeeding. Yes, it would seem impossible for a child that itty bitty to breastfeed. I thought the nurse was out of her ever-loving mind to even suggest it. It seemed to mirror the classic David vs Goliath battle. I will not go into any more detail but my little man never stopped trying. Bless his heart!

I was blown away by my little fighter. He was making such great progress that I was moved to tears of pride on a regular basis. He seemed to be handling the situation better than I was! I was giddy with each ounce he gained.  I celebrated all of my successes as well. I never could have imagined how proud I could be when I was brave enough to change his diaper on my own. The first time I picked him up out of his incubator without assistance. His first bath. The day I finally figured out what all the beeps and flashing numbers meant. I dearly wanted to take a victory lap for each personal victory!

Oh, the crush I developed on his doctor. Surprisingly, the doctor with the high-water scrubs and the long gray hair pulled into a pony tail. Oh, the teenage blushing and the silliness that came out of my mouth when he would stop by. I adored him for the wonderful care he took of my precious baby. Dreamy sigh.

I had a newborn but I was able to sleep at night…for the most part because I had a whole team of people taking care of Owen. It was like easing into having another baby, in a strange way. I didn’t have to figure it all out on my own. I had SO much help! Despite that, I was so eager to get Owen home. He had spent 30 days in the NICU and the routine was exhausting. 30 days seemed like a lifetime to simply visit my baby. 30 days WAS a lifetime. I wanted to see Owen all day long. I wanted life to regain a little bit of normalcy. I was therefore completely unprepared for the near paralysing fear when I was allowed to take my now 5 lb baby home. I was overjoyed and completely FREAKED OUT.

Lucky for me, Owen continued being the superstar that he was at the hospital at home as well.

I was wrong. Mothers with children in the hospital are not better equipped or genetically wired to handle the situation. They are simply mothers. Mothers with extraordinary children. I had underestimated the strength of a mother’s love. It will weather all, endure all, climb every mountain and go to any length to care for her children. It is really that simple. As unprepared as I was, it all worked out.

Here is a brilliant blog from my sister in law Becki Boop, it made me laugh and cry, so proud of our little family! Becki is mum to three amazing energetic boys!