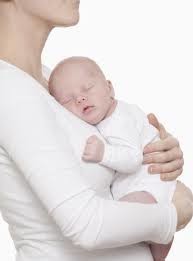 There has been so much information in the media and from the medical world about how difficult it is to conceive later in life. Last week on the front page of many newspapers the media warned women over 37 that fertility at 40 and over declines dramatically and the many stars who have children in their 40’s are giving women false hope about late motherhood! Many celebrities that have babies in their 40’s will have used IVF or donor eggs, because they do not make this public they make it seem that having a baby later in life is relatively easy!

A recent study showed that by 44 years old it is almost 20 times harder to conceive through IVF than at 39…..
Women in their mid forties have only a 1.3 per cent chance of IVF working…….

My experience – fertility at 40

I  have experienced the heartache when fertility declines at the age of 40. Having successfully conceived two healthy sons in my 20’s I never really considered that I wouldn’t be able to have a baby later in life. But after a year of trying naturally at the age of 39, my husband and I decided to explore the possibility of fertility treatment.
Firstly I was given the fertility drug clomid but unfortunately that didn’t work. We found ourselves saying have we left it too late or are my eggs to old?
We decided to seek advice from one of the top fertility clinic’s in Harley Street. I knew your fertility diminishes after 35, so the chances of becoming parents at 40 dwindles. Of course nobody can argue that younger women are more fertile than older women and I knew that from having fallen pregnant easily in my 20’s; but I had read about so many celebrities having babies well into their 40’s that I thought it would be reasonably straight forward.

So after seeking a second opinion from a top Harley Street fertility clinic we were told our chances of conceiving naturally would probably not be successful and after many painful tests we were told the news that IVF would probably not be a great success either! Egg donation would be the only treatment that would possibly offer success for us.
After lots of heartfelt discussions we decided not to embark on fertility treatment, with the costs exceeded £15,000 for one treatment and the professor had already explained to us that it could take more than one treatment and in reality we didn’t want to have a baby that wasn’t biologically our own. 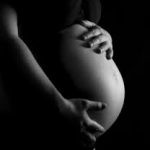 While exploring fertility treatment I felt there was a real stigma attached to older mothers in particular. What makes me cross is that a lot of people think women are leaving motherhood too late for selfish reasons, when in fact many may not have met the right man or may have experienced many years of not being able to conceive.

In fact for me I wanted to experience being a parent with my second husband who hadn’t got any children of his own. I wanted us to have a baby together as I knew he would make the most wonderful father, as he was already a fantastic step-dad to my sons; but it wasn’t meant to be for us. We had considered adoption but after the age of 40 it is not so easy! 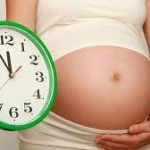 I feel there are many positives of being older parents; you tend to be calmer, less impatient and have more money and support. Older parents tend to be less impulsive and their self esteem is strong which has huge beneficial effect on the baby.

Today forty something mothers are more likely to be first-timers, and their numbers are rising. National statistics show that pregnancy rates for over forties have more than doubled in the past 20+ years. With student debts rising, the average age to buy a first property is now 35 and one in three British men and one in five women aged between 20-34 still lives with their parents; so no wonder the average age for a British woman to have her first child is between 32-35…….

Apparently 42 per cent of career women had no children at the age of 40 and regretted it, many remaining childless……

But with so many positives of being an older parent will more women start freezing their eggs at a younger age in case they don’t meet Mr Right in their 30’s?

Many women interviewed said that choosing to delay motherhood was the best choice they’ve made…..but personally I feel there’s no best time for a baby, you just take what life brings you!