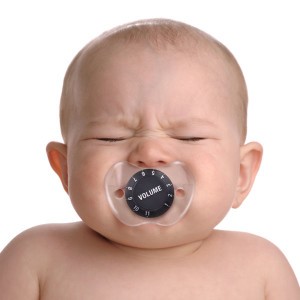 Why do we give babies a dummy?

Reasons for giving babies a dummy:

Love them or hate them?

Parents have given babies dummies, comforters or soothers for centuries.  Many parents use them to calm and settle babies and toddlers too.

Babies are soothed by the sucking action.  Some babies need to suck on something for comfort when they are awake and not feeding. As babies get older and find other ways to soothe themselves they will need a soother less.  Some parents find it’s the only way to get a moments peace!

As babies get older they will need to learn to move their mouths in different ways, to smile, to blow bubbles, to make sounds, to chew food and eventually talk!

Dummies can delay speech development if your baby is plugged in to it morning, noon and night!

The dos and don’ts of dummies: 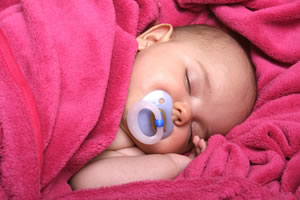 During the early months a dummy can help to soothe and settle. This is understandable; as most babies have a strong sucking reflex and the dummy can, in many cases, help to settle your baby.

Sometimes a dummy can soothe a baby’s cries when nothing else can, particularly for ‘sucky’ babies. In the US they call dummies pacifiers!

Dummies can reduce a baby’s risk of cot death. Studies have shown an association between giving your baby a dummy while they sleep and a lower risk of cot death. It’s not clear whether it’s actually the dummy itself or the simple action of sucking.

Eventually you can also simply get rid of a dummy, when the time is right, which you cant really do with a baby’s or toddler’s thumb!

However using a dummy too much can lead to the possible following problems:

Incorrect positioning of teeth so that the bottom and top teeth at the front don’t meet properly. But only if your child still has a dummy at around 3 or 4 years old, once the dummy has been taken away normally the teeth will go back into place.

Possible tooth decay if the dummy is dipped into sweet things!

If given too early breastfeeding experts say a dummy can cause ‘nipple confusion’ because sucking on a dummy is quite different to sucking a mother’s nipple, and it can make it harder for a Mum to establish breastfeeding. So breastfeeding mums are generally advised to wait until their baby is around a month old and feeding well.

Dummies can cause speech and language problems if your baby/child has their dummy plugged in all day! When your baby or child sucks on their dummy they may not use the full range of tongue movements that are necessary for making all the speech sounds and your child could have fewer opportunities to babble and use sounds to communicate.

During my time as a Nursery Head I witnessed many parents collecting their toddler or child from nursery school and as soon as they were out of the nursery door they would just plug in the dummy, so their child would then try and talk through the dummy not being given the opportunity to express and develop their language skills! It had become a habit for the parent not the child!

Dummies are harmless if used in the right way.

My youngest son had a dummy up until he was around two. I actually at times would rather he hadn’t but there were occasions when I was pleased he did! He used it a sleep times and if he was upset and wouldn’t settle, but when I decided the time was right we threw them into the bin. He fussed for a few days but he also had a special blanket, which he liked to hold, and this seemed to replace the dummy as a comfort for him.

Dummies are neither yeah or nay they are just a choice!

REMEMBER – the dummy is not a plug!

Check out our ideas that parents have tried when giving up the dummy:

What parents told us!

“It wasn’t as bad as I thought; I just decided it had to go!” Said Jo!

“He has started talking now so we decided it was time for the dummy to go!” Jane Clark

“After a couple of nights he stopped asking for the dummy!” Hayley Smith

“Mia loved helping me tie her dummies to one of our trees in the garden ready for the fairies to come and collect them. We made messages to tie onto the tree as well. Mia was so excited the next day when she went into the garden and saw all the dummies had gone and the fairy had left her a gift of a toy fairy.”  Julie Cassey!

‘The Last Noo-noo’ by Jill Murphy. This picture book was the winner of the 1995 Smarties Book prize in the 0-5 categories. It features Marlon the monster who loves his dummies (his noo-noos) and struggles to give them up. He succeeds in the end and also manages to grow a noo-noo tree.