Was your birth less than perfect? 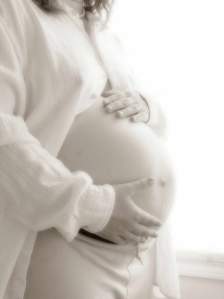 The number of mothers nowadays who have negative memories of their birth experience is on the increase.

In my opinion a major contributing factor has to do with the type of care provided for women giving birth.  A labouring woman needs the support of a known and trusted midwife to allow herself to relax, open and surrender to the waves of labour.  Most women unfortunately don’t know who will be at her birth.  Birth is a private and intimate event.  Imagine making love in front of a stranger!  When a woman is relaxed, her mind and body will be working in sync – being relaxed increases birth hormone levels (oxytocin) which strengthen contractions which in turn keep the birth on track.  The converse is also true.  When a woman is tense, she will release stress hormones (adrenalin) which can interfere with the release of oxytocin and which can affect the birth process.

Many of my clients tell me that their NHS hospital midwives have several women to look after at one time, most of whom she has never met before.  They tend to be is busy and often do not have much time for creating a rapport with the labouring woman.

I had the chance to watch an episode of the Channel 4 programme “One born every minute” and what struck me was the inability of the midwives to hold the space for a woman in distress. I am sure that if I was labouring with one of those midwives, I too would have panicked as the mother on the programme did. I sensed that the midwife did not feel comfortable being with such a distressed woman. It takes courage to simply “be” with a woman in labour. It requires a woman to feel whole and complete within herself to support another.

So what can a pregnant woman and midwife do to change this situation?

The Pregnant Woman  – You have the choice to give birth at home (with an NHS or independent midwife), at a birth centre or on a labour ward.

Birth at home with an independent midwife gives you the peace of mind that you will have a midwife who you know and trust, who you will have built up a relationship with, who will know your preferences regarding the birth.

For some women, birthing at home may bring up other fears which could cause her to feel insecure due to the lack of immediate availability of medical intervention.  There is much evidence and research in the safety of a home birth that I will not go into here, which available on www.homebirth.org.uk 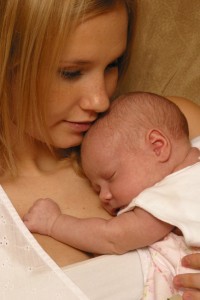 What if you have decided to give birth in hospital and want to have the best birth possible?

In my opinion it’s all in the preparation.  Preparing on all levels is important.  Preparing your body – eating the right food, doing the right exercises – antenatal yoga, swimming, walking & fresh air to mention but a few.
Also preparing your mind and feelings is important.  If you have experienced a difficult birth, it is important to resolve any outstanding issues ideally before conceiving your next child.  If you are already pregnant, then releasing any difficult memories and traumas of a previous birth will increase the possibility of having a positive birth experience.

One reason for difficult birth experiences is the mismatch between a woman’s expectations of the birth and how the birth actually unfolded.  If it matched her expectations, the chances are she will have had a positive experience be it water birth, caesarean or any way of birthing.   If there was a big mismatch, some women struggle to reconcile this.  One of the reasons, in my opinion, is that women live in a man’s world of logic and being in control. Many women strive to be more like men e.g holding successful, high powered careers. They are used to being in control and this is what our society expects from us.  So when faced with the transition into motherhood which is so unknown and impossible to control, it can be shocking and frightening.

As mentioned above, negative emotions such as fear, can slow down labour increasing the likelihood of intervention.

What is the way forward?

See below for one way that can release birth trauma and improve your chances of having a great birth!

The Midwife -  You are passionate about birth but working in hospital may not allow you the time you would like to spend with each of the women under your care.  Not all births go to plan and you may have witnessed births that you would rather have not. Maybe some have stuck in your mind and bring fear into your practice.  Occasionally you may feel exhausted, overwhelmed, alone, scared, with nobody to share these feelings, and want to give your best to the women under your care. So what is the way forward?  See below for details on how to release negative emotions easily and quickly and a new way of supporting birthing women through pain and fear.

One powerful way of releasing fears very gently, is using an easy-to-learn, simple and safe technique called Tapping or EFT (Emotional Freedom Techniques) which is a bit like acupuncture for the emotions without using needles. Its founder, Gary Craig , a US Stanford engineer,  developed EFT after he became interested in some intriguing work by Roger Callahan, a clinical psychologist. Callahan is the creator of TFT (Thought Field Therapy) which is a system involving sets of acupuncture points which you tap to resolve specific emotional experiences.  EFT greatly simplified this system by reducing the system down to a small set of acu-points which are used for all conditions.

It is the ideal tool to gently release emotions associated with negative memories eg birth trauma (giving birth or witnessing birth), birth fears and for use in labour.  It can be applied by yourself, your partner or your midwife. Once negative issues are resolved, EFT can be used to prepare for a positive birth experience however it unfolds.
One client of mine came to me 6 weeks after birth in tears about her experience of giving birth.  She had wanted to have a natural birth but had had a lot of medical intervention.  Prior to coming to see me, she had been hoping that the more she told the story of her birth, the easier it would become to remember and recall it.  This was not her experience so she decided to give EFT a go. We spent 2 hours together and by the end of the session, not only could she tell the story of her birth, she could also laugh about it and see it in a completely new light, noticing aspects about it that had been hidden by the sadness and regret.

For midwives and doulas, EFT can be used on yourself to centre yourself in the midst of what can sometimes be chaotic and overwhelming, so that you can really be present for each of your women.   You can also apply EFT to the labouring woman if she is open to it, to calm and centre her so she is able to open to  the work of labour.

I would like thank Tamara Donn for contributing a guest blog. Tamara is an accredited EFT practitioner, trainer, fertility, pregnancy and mother mentor. For further information see her website: www.eftforwomen.co.uk